All you need is love 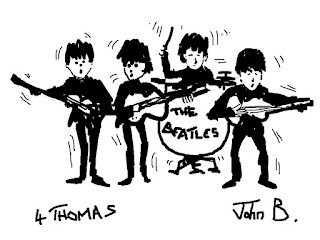 I left school in 1964 when The Beatles were taking the World by storm.  What an incredible time that was.  I ask myself did I think that it was so great because I was young ?
I don't think that it was just that, but it's bound to have played a part.
I'd just started work, where I was reprimanded for wearing cuban heeled boots and having my hair too long, and was earning money.  This gave me a sense of freedom I think.  But it wasn't just that either.
There was a great sense of something 'happening' that so many of us felt a part of.
The music of course was a big part of it, and I feel very fortunate to have been around at that time, in my teens, when this 'something' was happening.
It developed into the Hippy Movement I suppose, which was based in 'love'.
Unfortunately the 'love' for many could only be felt by taking drugs.   And people didn't so much want to get on with one another as much as they wanted to get on top of one another !

Free love meant 'sex' to most of us at that time, and the pill enabled girls, and women, to enjoy sex  without fear of getting pregnant.

But even so, 'love and peace' were in fashion, if only for a short time.

john bampfield
Newquay, Cornwall, United Kingdom
I started out in life quite young and, gradually, at first, as the years passed, became old. I had nothing to do with it. It just happened. Somewhere during the process, I began to paint.